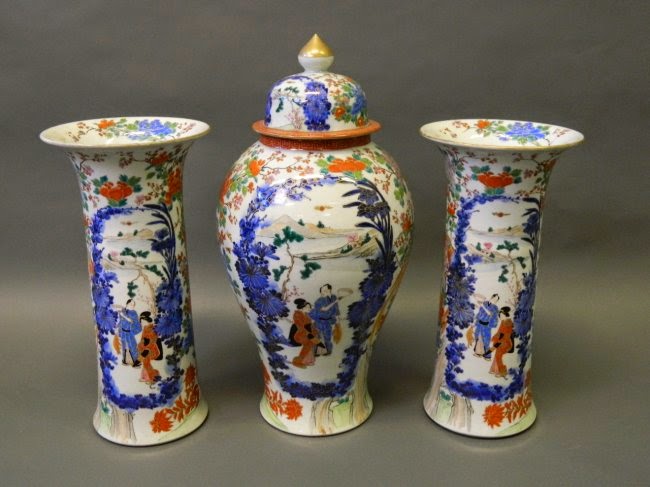 A matching set of 3 or sometimes 5 vases is referred to as a garniture. Popular in Europe since the 17th Century when the Dutch started importing large amounts of blue and white porcelain from China and Japan with the Dutch East India Company. A display of Oriental porcelain was a popular way for the newly rich merchants of Amsterdam and London to show off their wealth and status.
Our set comes to us from an auction house in England and is Japanese Arita porcelain from the late 19th Century. Arita is a town in western Japan that has been producing porcelain for over 400 years. After a seven year war with Korea in the early 17th Century many of the feudal lords, or daimyo, returned home from the Korean Peninsula bringing potters with them. It was these Koreans who were to start the Japanese porcelain industry that still flourishes in Arita today.
The covered jar is 20 inches tall.