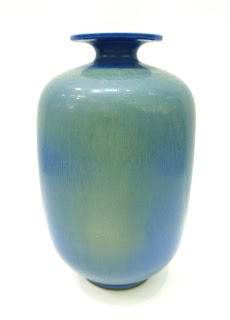 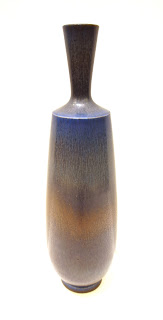 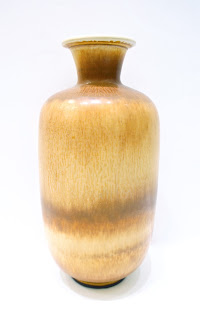 Berndt Friberg was one of the great potters at Gustavsberg in Sweden. He began throwing for no less than the likes of Wilhelm Kåge and Stig Lindberg. Eventually gaining enough experience to have his own studio within the company and developing a distinctive aesthetic all his own. The three pieces above are in a surface he developed called "Hare’s Fur" glaze. Known to be a perfectionist, he never allowed for a work to be released that wasn't up to his high standards. As a result, he was an award winning ceramicist and we have museum quality works that hold tremendous value today.